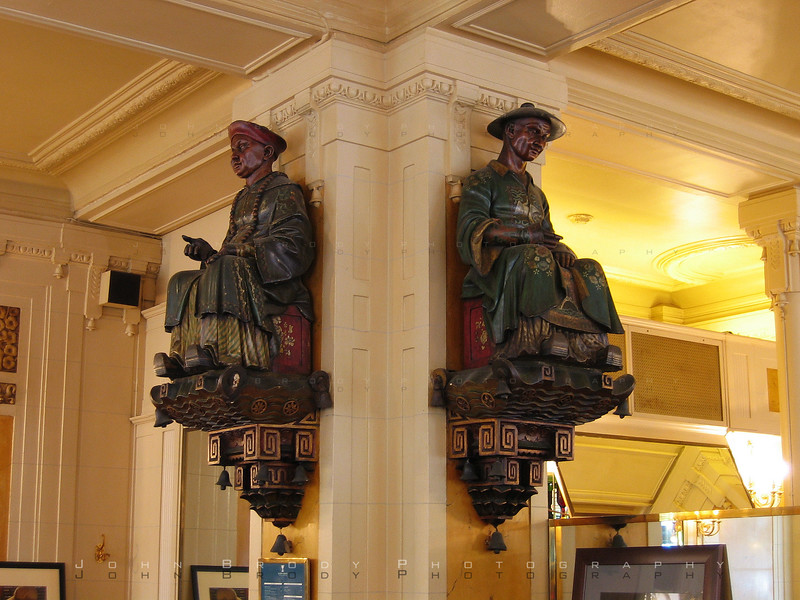 Cafe Les Deux Magots - This famous cafe on the Left Bank of the Seine, Les Deux Magots is popular with both tourists and Parisians, It has a long history as a meeting place for famous writers and philosophers. Deux Magots was once a favorite spot for existentialist writers Jean-Paul Sartre and Simone de Bouvoir, and a favorite of Hemmingway and Picasso where he reportedly created cubism. The Deux Madot name comes from the two statues - JohnBrody.com